Climate change is a more partisan issue than ever, and Donald Trump is to blame

HomeUncategorizedClimate change is a more partisan issue than ever, and Donald Trump is to blame 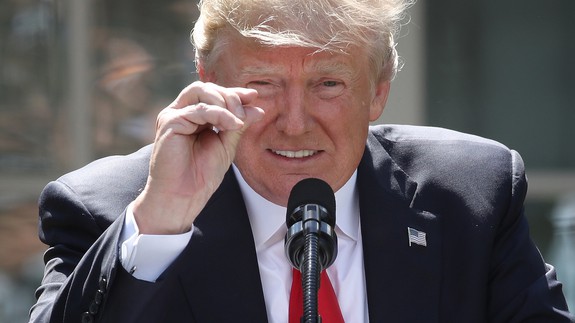 The Trump administration’s rollbacks of crucial climate change policies, from the intended pullout from the Paris Agreement to the scuttled Clean Power Plan, have earned most of the media attention and scorn from environmentalists.

However, the ignorant climate science statements espoused by top federal officials, from the president to the administrator of the Environmental Protection Agency (EPA) to the secretary of Energy, and many others is having a corrosive effect on Americans’ understanding of climate science.

Recent public opinion polling clearly shows that Americans are more divided now than they were a year ago on the causes of global warming, its seriousness, and the urgency of taking action.  Read more…